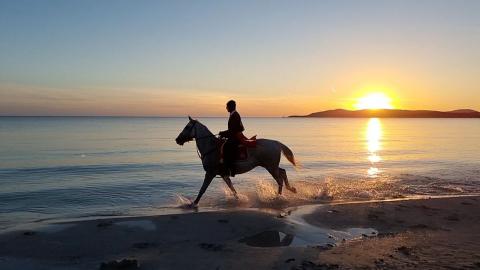 The parchment, which contains the emanation of King Ferdinand II, is brought to Alghero. The messenger travels along the coast.

1501 was the year that the Crown of Aragon defined the transition from "villa" to "city", with numerous and exclusive privileges:

* administrative powers of self-government, through their own elected representatives called councilors,

* political powers, as their representatives, called mayors, constitute one of the three arms of the kingdom's parliament.